A Woman of Many Shades

Ms Shallu Jindal, the Chairperson of JSP Foundation and Jindal Art Institute is a highly accomplished Kuchipudi danseuse and a noted social contributor. She is the Chancellor of OP Jindal University (Raigarh), Vice President Flag Foundation of India, former Chairperson of National Bal Bhavan under the Union Ministry of HRD, and the Founder President of Young FICCI Ladies Organisation (YFLO).

Born to one of the most respected, elite and renowned families of Punjab, Shallu Jindal is married to Naveen Jindal, a successful industrialist, philanthropist and sportsperson who has represented India on numerous national and international platforms including the Asian Games. She is also a devoted mother of two very talented children, whom she touts as her biggest blessing in life.

Deeply religious, she believes that if she is destined and blessed, she must do all she can, in her own humble way, to tangibly help the not-so-privileged. Apart from playing multiples roles & inspiring women all over, she has also authored her first book for children- India –An Alphabet ride in 2014. 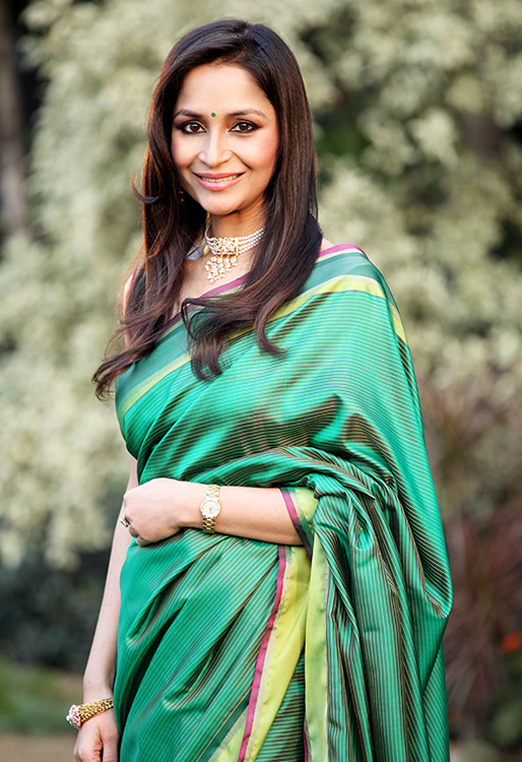 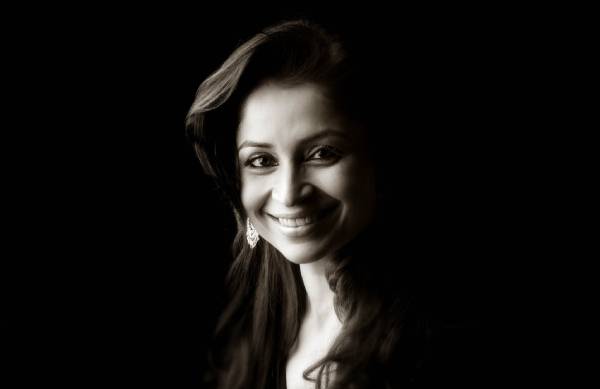 Shallu Jindal was born into one of the most respected, elite and renowned families of Punjab, to textile tycoon Shri Abhay Oswal and Aruna Oswal. Her childhood was spent in the company of her two brothers and parents who were passionate about arts, life and their business ventures. She grew up with a keen love for the same and a passion to contribute to the world after watching her parent’s deep involvement in contributing to the country, through philanthropic activities. 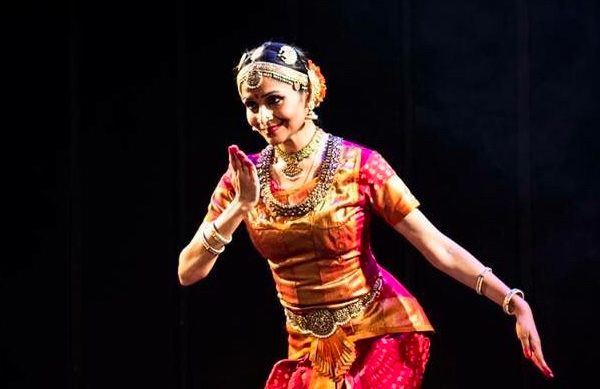 Shallu Jindal enjoyed a simple childhood in Ludhiana. When she turned 8, her mother insisted on enrolling her in some kind of performing art. This is when she started taking Kathak classes as a young child from a local Kathak Guru and won several awards for the same; at school and college level State Youth Festivals. She was also awarded College Colour & Roll of Honour in Classical Dance. 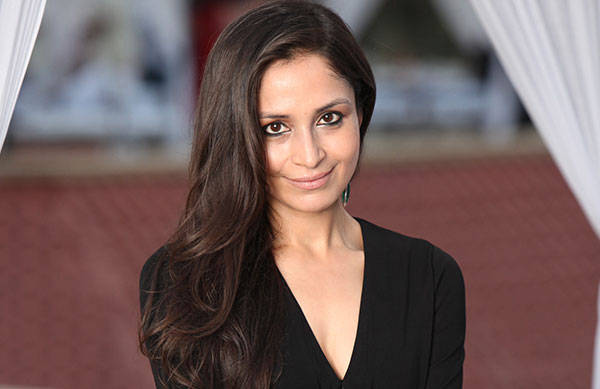 1990: Ludhiana To Mumbai To London 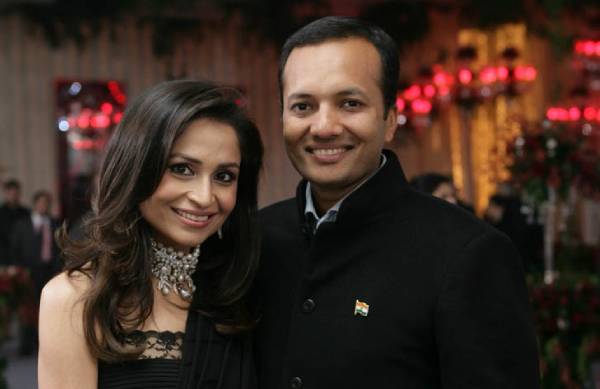 A common friend had introduced the two patriarchs—the late Shri OP Jindal and Shri Abhay Kumar Oswal—and suggested a “match-up” between their two progeny. Naveen, who was just back from the US after his studies and was immersed in his fight to allow citizens the right to hoist the national flag. Almost a year later the elders spoke again and this time Naveen was ready and asked Shallu just one question: “Would you be willing to shift to Raipur?” Shallu’ said ‘Yes’ and their beautiful love story began in 1994. 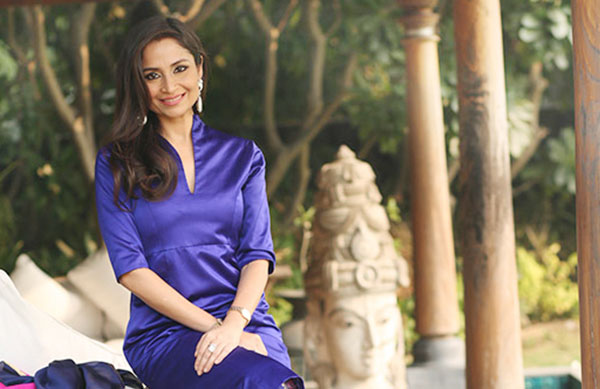 Using her vast experience and education in management, interior design and development, which she acquired in the UK, she has been contributing, in good measure to planning the right architecture, aesthetics and all-round growth of townships being developed by Jindal Steel & Power Ltd. as part of their social corporate responsibility. 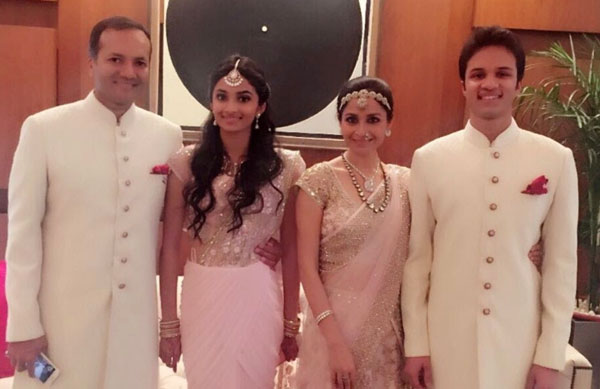 Shallu Jindal has been a dedicated mother to both her children, she believed that a mother’s dedicated presence is of great significance in a child’s development during the early years. Shallu juggles her time artfully to vigorously pursue her wide-ranging interests, desires and hobbies while diligently bringing up her children and carefully administering her plush home with elan. Today her son takes after his Father and enjoys Polo, while her daughter has excelled in Kuchipudi through the encouragement of her mother and completed her Rangapravesham. 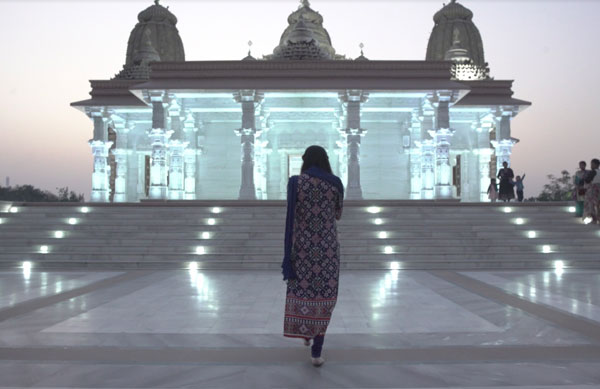 Shallu Jindal believes that a divine sort of intervention helped her find her path. At the age of thirty-three, she met the famous Kuchipudi exponents’ Padmabhushan Raja, Radha and Kaushalya Reddy, in Tirupati. A month later, Shallu Jindal got a call from Guruji himself asking her to take up dancing again. She agreed and within three years, the eager student was giving her first Kuchipudi performance at Delhi’s India Habitat Centre. 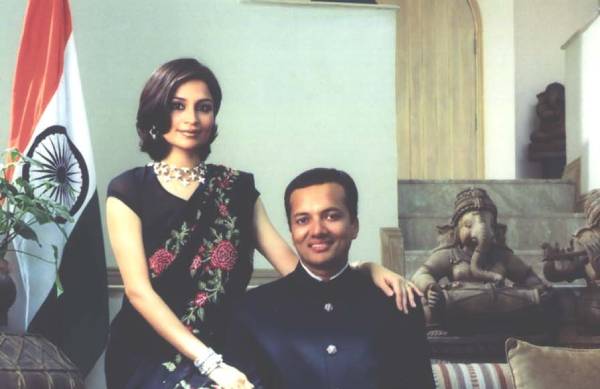 The Flag Foundation of India was set up as a registered society under the societies registration act of 1980, a non-profit body on 3rd June 2002, after Hon'ble MP Mr Naveen Jindal won a seven-year-long court battle that enabled all Indians to display our National Flag with honour and pride. Over the years as Vice President, FFOI -Shallu Jindal has been working in tandem with her husband to promote the legacy of the National Flag amongst the masses, especially youth, as an abiding symbol of the country's sovereignty, spirit and strength. 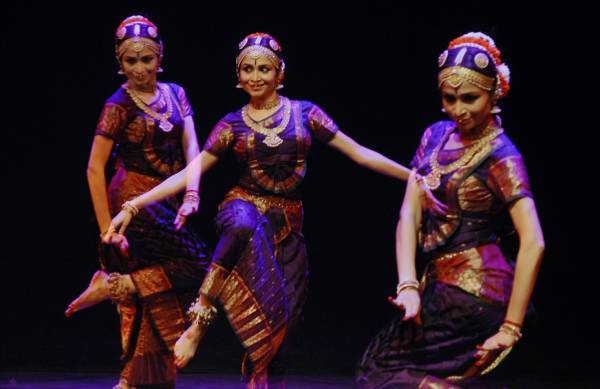 2004: Performing In India And Abroad

After her Rangapravesham in 2004, Mrs Jindal has flourished as an artist and made a name for herself not just through her performances but through her efforts to promote Kuchipudi and other traditional art forms of India through workshops, classical showcases and other unique initiatives. She is among the few renowned Kuchipudi artists of present times who has been performing with a pure desire to promote their art form at festivals, both in India and abroad. 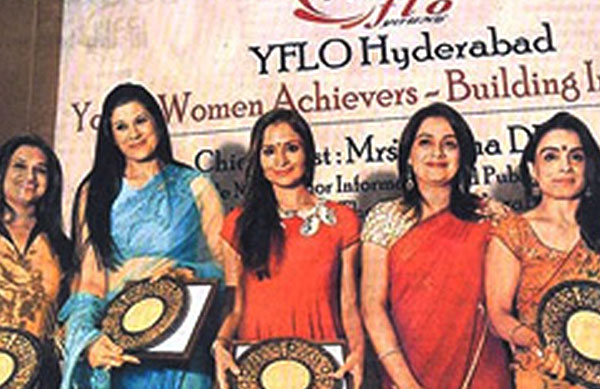 Young FICCI Ladies Organisation (YFLO) is a unique platform for young women from diverse professional and entrepreneurial backgrounds to interact with each other, learn, explore new avenues and launch their ideas in a supportive and nurturing environment. Ms Shallu Jindal as the founder President, has worked hard to bring YFLO into existence. She was then entrusted with the responsibility of not only forging an identity for the fledgeling body but also to provide the right impetus in the form of a positive action plan. 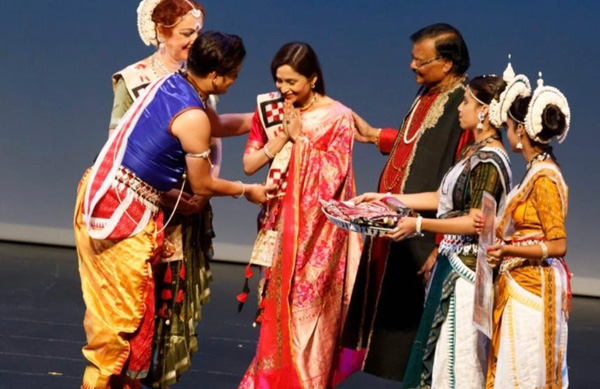 2007- Present: Recognition As A Performing Artist

Over the years, Shallu Jindal has been honored with several prestigious awards and appreciation for her contribution to classical dance globally. Some of the awards she has received recently are - the ‘2019 Aeklavya Award’ in Singapore, ‘2019 Artist of the Year Award’ for her contribution in the field of 'Creative Art'  by Bharat Nirman Foundation, ‘ 2018 Beacons Of Light Award’ from The Dance India, ‘Kalashree Samman’, Devdasi National Award' , ‘4th Rajiv Gandhi Excellence Award, the first National "Nritya Ratan"Award. 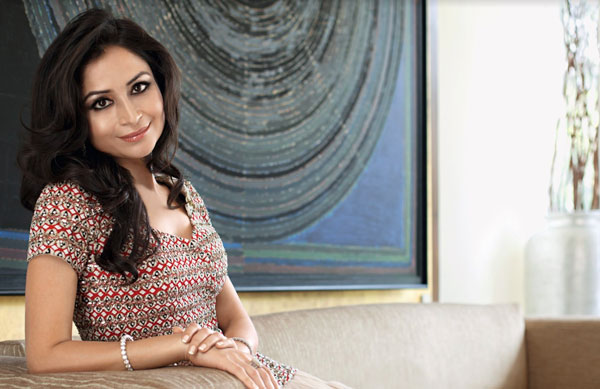 Apart from performing arts, a lesser-known side of Mrs Jindal is her passion for visual arts. The art connoisseur, who has been collecting paintings for the past 15 years, stated that she always had an affinity towards visual arts. Over the years, works by major artists, like M.F. Husain, S.H. Raza, Akbar Padamsee, Tyeb Mehta, Anjolie Ela Menon, Rameshwar Broota, Bose Krishnamachari, Anish Kapoor, Bharati Kher and Anju Dodiya, have made their way into her collection. 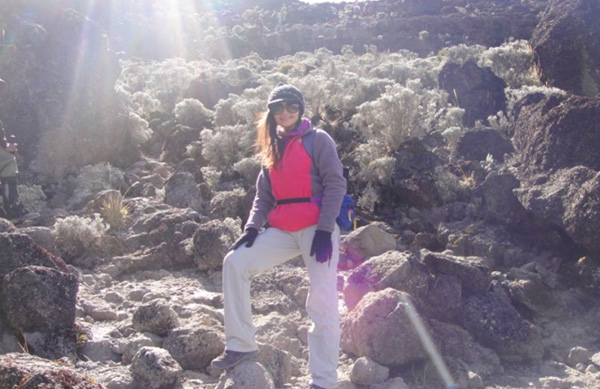 2012: Scaled The Highest Summit Of Africa

Shallu Jindal teamed up with VJs Yudhistir, Filmmaker Kabir Khan, and VJ Maria Goretti, actress Tara D’Souza and dancer-activist, to climb Mount Kilimanjaro in Africa for a cause— to raise funds for cancer relief. Shallu trained extensively for three months. Her efforts finally paid off as she was able to reach the summit. 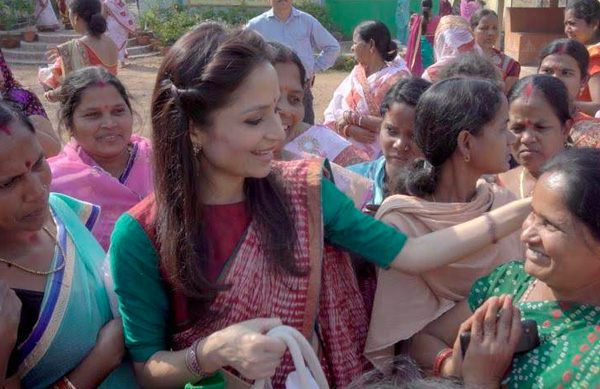 As Chairperson of JSP Foundation and after years of service and dedication, Ms Jindal has been able to gather an ocean of trust from more than two million families for JSP Foundation's projects, which includes health, education and other quality of life programmes. Dedicated to the cause of humanity, the Foundation is focused on improving the Human Development Index by positioning itself as a parenting force of various social change agents operating at ground level. 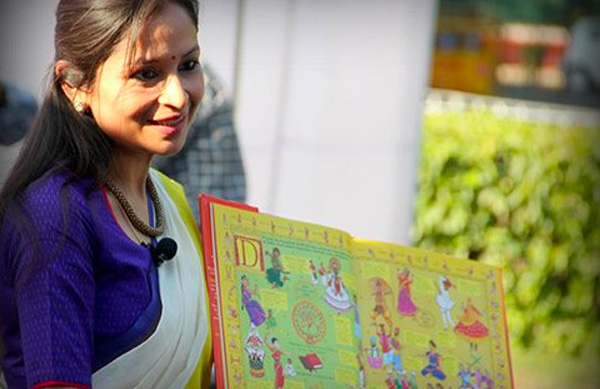 As an avid reader herself, Shallu Jindal believes that through the pages of a book you can express, highlight or narrate any subject in the most creative yet effective manner. Hence, over the years, she has worked on books like Tiranga, India – An Alphabet Ride and Freedom, which beautifully narrate the story of our dynamic and diverse country – India. 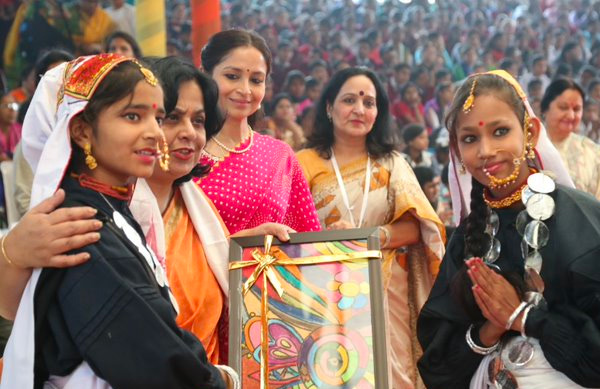 National Bal Bhavan (NBB) is a pioneering children’s institution that since 1956 has been providing the children of the country with knowledge & space to expand their creativity. Ms Jindal was extremely honoured to be chosen to lead NBB in the footsteps of renowned leaders like former PM Smt Indira Gandhi, Begum Bilkees Latif. She also acknowledged the great responsibility that weighed on her shoulder and aimed to add value to the old, and introduce new activities, opportunities, technology, infrastructure to help children at NBB and did so with great elan. 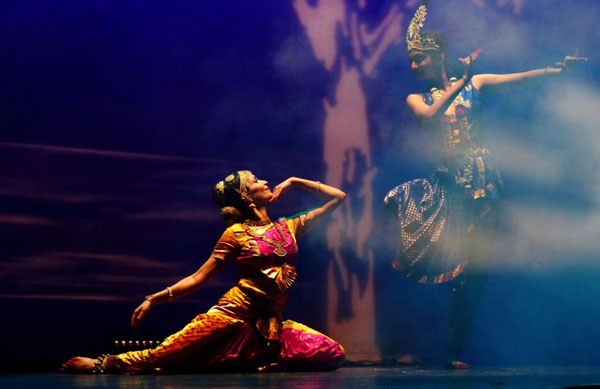 Mrs Jindal believes that the happiest moment in her life was at her daughter’s Rangapravesham, as a Kuchipudi artist. Making an elegant entry into the dance world, debutante Yashasvini Jindal performed with great confidence at Kamani Auditorium recently. Mrs Jindal feels that in future whether she decides to pursue Kuchipudi as a career or not it will always be an integral part of her life and that is a beautiful continuance of this legacy. 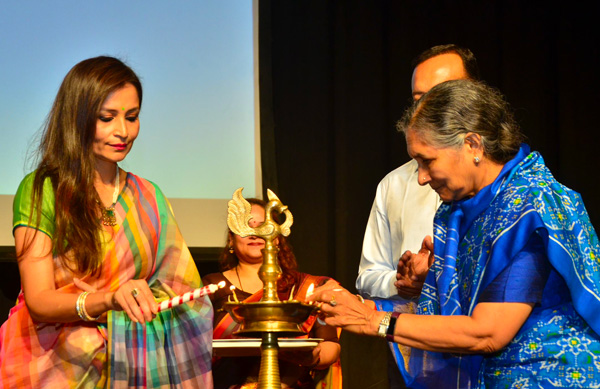 The conception of Jindal Art Institute (JAI) happened from her desire to promote and protect Kuchipudi as an art form and inspire people to pursue it. However, today, Shallu Jindal is passionate not just about promoting Kuchipudi but all dying art forms of India. She started learning dance thirteen years ago and today, her identity as a dancer is most precious to her. 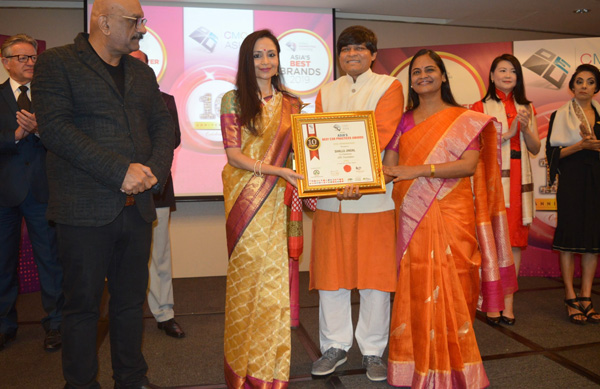 2017-2019: Recognition As A Changemaker And Social Leader

In recent years, Ms Jindal has played multifaceted roles with ease and impacted many lives through her creative initiatives emerging as a courageous woman who has been able to drive change in society. She has also received recognition & acknowledgement for her sincere efforts over the years. Recently, she was honored with the Golden Peacock Award for Social & Cultural Leadership in November 2019, ‘Best CSR Practices Award 2019 in Social Entrepreneurship’ at CMO Asia's Annual Asia Award Ceremony  in Singapore in 2019. She was also conferred with the ‘Mahatma Award for Leadership in Corporate Social Responsibility’ on 1st October 2019 at Gurugram.

Drawing inspiration from icons like Winston Churchill and Ramakrishna Paramhans, Ms Shallu Jindal spends considerable time spearheading social interventions in the field of women empowerment, education, health, sanitation, water and other connected national problems. She firmly believes that we all are an intrinsic part of one large family and those of us who are privileged must never isolate ourselves, but work tirelessly for the creation of a just, healthy, happy and harmonious society. She is convinced that the underlying reason we all must wholeheartedly take up this onerous responsibility is because God has destined and ordained us and this must never be lost sight of.

In order to awaken people, it is the woman who has to be awakened. Once she is on the move, the household moves, the village moves, the nation moves.